The Art Of Business Negotiation 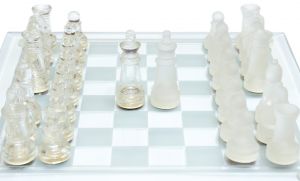 Negotiation can take many forms, but ultimately the difference between success and failure comes down to two simple words: Yes or no. Two sides of a coin; though negotiation is more akin to a high-stakes poker game than a coin-flipping contest.

Whatever form a negotiation takes, it usually involves two kinds of resources: those that the parties involved are hoping to obtain through negotiation, and the resources they use during the negotiation. The former usually refers to physical or financial resources that can be exchanged (trade) or combined (alliance). The latter refers to abstract ideas that determine how likely one party is to convince the other; the most important factors being their levels of power and trust.

According to Harvard Negotiation Law Review, the power each party brings to the table comes in three forms:

The level of trust can also come in different forms, such as:

You’d assume the party with greater power is automatically in the stronger position, and technically that is the case, but if it was that simple there wouldn’t be much to negotiation.

As it is, good negotiators know that power lies mainly in perception. All that matters is if one party is perceived as more powerful than the other. It takes a skilled negotiator to manipulate perception while mitigating the risks of doing so. It’s not easy to tread the line between bluffing and stating the truth from a certain point of view. It’s not the resources but how they’re used that really matters, hence the demand for skilled negotiators.

They say the pen is mightier than the sword, but the tongue commands both. Armed with wits alone, a good negotiator can bring an end to conflict before a shot has been fired, and forge contracts that change the face of an organization.

Written by Matthew Flax on behalf of Now Learning, an Australian education portal that promotes tertiary courses in finance, business and accounting, as well as a variety of other subjects.

View all contributions by Tamara