The rumors were still circulating about when the first iPads would be available for sale right up until the first commercial aired during the Academy Awards on Oscar Night, with an announcement on the end of the ad promising appearance at Apple stores on Saturday April 3.

Below is the home page of the Apple site, where the iPad is featured.

Steve Jobs was seen at the Academy Awards and was photographed by a reporter in the crowd – he was there because, as the biggest holder of Disney Stock, and the Disney / Pixar feature “Up” won an oscar for “Best Original Music Score” and “Best Animated Feature” film. 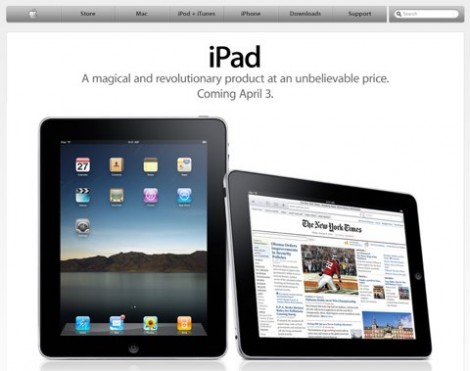